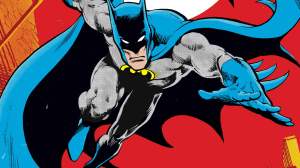 After seventy-five years of anonymity, Bill Finger, co-creator of Batman, will posthumously receive the recognition he deserves. In July 2015, Finger Family Attorney and Washington College of Law IP clinic alumna Alethia Mariotta (’02) conducted closed door negotiations with Warner Brothers and has secured official credit for Bill Finger as co-creator of Batman and other golden age comic book characters. DC Comics and DC Entertainment have already added Finger’s name to the “created by” credit on all Batman stories, including the most recent Batman movies and the television show Gotham.

Though Bill Kane has been credited for years, Finger is the one who “came up with many of the key concepts behind the character: his origin as a child who saw his parents murdered in front of him and vowed to fight crime, the final version of his costume, his secret identity of Bruce Wayne, the moniker of the ‘Dark Knight,’ the name ‘Gotham City,’ Commissioner Gordon, villains like the Penguin and Catwoman, and more,” the Wall Street Journal reports. On October 14th, Hulu will debut its Limelight Documentary “Batman & Bill,” which explores the “true origin of the iconic super hero through an eye-opening account of Bill Finger,” the long unknown co-creator of Batman. The documentary delves into Bill’s fight for “the recognition he deserved.

Mariotta credits her experience with the first WCL Glushko-Samuelson Intellectual Property Law Clinic as providing her with “the foundation to have the confidence and skills to take on such a formidable case and be successful.” She thanks Clinic faculty Peter Jaszi and Victoria Phillips for their “passionate and intelligent” guidance.